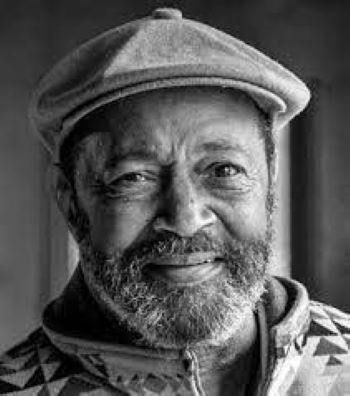 Bell, born Thomas Randolph Bell in Kingston, Jamaica, has a status in soul  second to none… writing, producing and arranging countless hits and memorable album tracks. There can’t be too many soul fans/collectors who don’t know an awful lot about Bell and/or have a mass of his material in their collections. Suffice to say here that his remarkable career took off via his liaison with the Delfonics where he created a whole new soul vibe which drew on the classic soul group tradition but which he enhanced with lush and in places classical orchestration. Bell created a whole new soul sub-genre, though he himself was quick to acknowledge the debt he owed to people like Teddy Randazzo, Van McCoy and Burt Bacharach.

Bell’s ground breaking success with the Delfonics brought him to Philadelphia International where his old pal Kenny Gamble (Bell had sung with Gamble in the Romeos) along with Leon Huff were establishing the label as major force in the soul/pop world. The “Mighty Three” – Gamble, Huff and Bell (pictured together) went on to craft a music catalogue that is the stuff legends are made of. For Bell, independent productions followed – most notably with the Stylistics and the Spinners, whose career he totally revitalized. Indeed Thom Bell enhanced the careers of countless performers with a sound that has often been replicated, but never matched.

In 1975, Bell became the first-ever recipient of the Grammy Award for producer of the year; and he was inducted into the Songwriters Hall of Fame in 2006.

Bell is survived by his wife Vanessa and his children, Royal, Troy, Tia, Mark, Cybell and Christopher.

Today Kenny Gamble posted: “Tommy and I have been best friends for over 60 years. When we first met, we decided to start writing songs together and form a singing duo ‘Kenny and Tommy’ and then our band ‘The Romeos.’ Leon Huff and I were proud to have him as part of our Mighty Three music writing team, which helped create our signature brand of TSOP. He was a great talent and my dear friend. The name of Gamble Huff and Bell will last forever. Rest in peace buddy!”    Leon Huff added: “Thom Bell was my favourite musician, arranger, songwriter and music producer of all time! It was my esteem honour and pleasure to work with him creatively and as a business partner. Rest in peace.”

Nile Rodgers also posted  his own tribute: “He is one of the greatest writers and producers of all time. My condolences go out to his family and friends. He was the architect of the relationship between #BernardEdwards & me as we were the band for the group New York City (I’m Doing Fine Now) a Thom Bell smash.”

Bell’s music is easy to find and as we said up top there can’t be too many soul fans/collectors who don’t have a mass of his material in their collections. However, for a fresh perspective, in July 2020, Ace/Kent issued a wonderful 23 track overview of his work. The compilation featured plenty of his more famous recordings but also offered plenty of rarer items like It’s ‘The same Old Love’ from The Courtship. This was arranged by Bell in 1972 for the band’s only single on Motown.