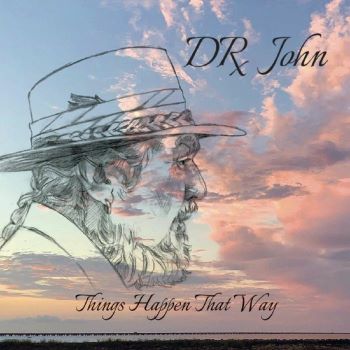 Bastion of New Orleans music DR JOHN died in 2019. Born Malcolm John Rebennack in New Orleans, John was a Grammy winner and inductee of the Rock and Roll Hall of Fame but that’s the prosaic part. He was a musical giant revered by legions of fans and respected by fellow artists worldwide.

Before he died he was working (as ever) on a new album and that album ‘Things Happen That Way’ wins release on 23rd September.

For the recording Rebennack invited a few old friends to lend their voices to the project.  Among those who happily obliged was Willie Nelson, one of Mac’s close friends and most treasured musical collaborators. And their collaboration for the album, a stirring rendition of the  Gospel standard ‘Gimme That Old Time Religion’ has just been released as a single as a precursor to the album.

John and Willie are both on fine form on the old chestnut but what’s happened since the recording adds a whole lot more poignancy. Willie opines: “Dr. John had the most unique musical style and language that would take me to another place whenever I heard him play and sing,”