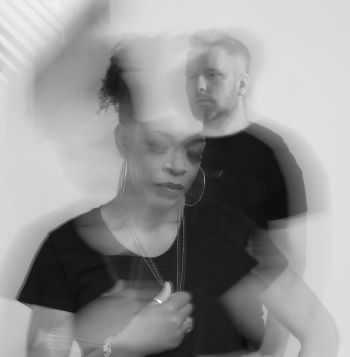 THE DEGREES are a Bristol-based duo –  Charlie Bierman and Isha Campbell (so yes, two not “three” Degrees). They’re pacted to Goldie’s The Fallen Tree 1Hundred label and their debut single ‘All Said And Done’ was well received within the neo/future soul community. The follow up, a similarly ethereal ‘I Need You’ continued the duo’s upward trajectory which is sure to continue with their latest single, ‘No Escape’.

‘No Escape’ is dreamlike and cinematic with a touch of darkness, There is a neo-soul undertow and also clear evidence of the Bristol heritage sound as represented by bands like of Massive Attack and Portishead.

‘No Escape’ is a pre-curser to the release of The Degrees’ album, ‘The Day Out of Time’.