THERE IS NO GREATER LOVE! 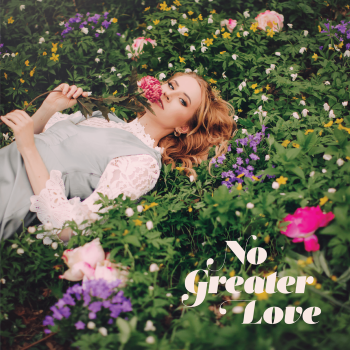 Estonia’s finest, RITA RAY (born: Kristi Raias) made waves with her 2019 single ‘Disco Stu’. Then her album ‘Old Love Will Rust’ proved that Ms Ray was no  flash in a North European pan!

Earlier this year the soul world was thrilled by her single, ‘Love Ain’t The Same’ – a shimmering ballad  with the feel of proper Southern soul. We were  told the song was from an upcoming album. No album just yet – but a new single… the quite gorgeous ‘No Greater Love’ which, in truth, surpasses the soul magic of ‘Love Ain’t The Same’.

‘No Greater Love’ is a full and lush production recorded with a 17-piece string ensemble – the Pärnu City Orchestra, with the arrangement by Rita herself. The almost symphonic production and Rita’s warm and soulful delivery combine to create a heart-melting ode to love.

We believe that the upcoming album offers more of the same. Ms Ray says: “I started listening to orchestral music before I began writing the second album and totally fell in love with the magic of arranging, which has become one of my secret hobbies. My hope is that the orchestra brings the emotions, environment and message of the songs closer to the listener.” We look forward to the album. In the meantime, enjoy ‘No Greater Love’ when it’s officially released, August 13th