THERE ARE SO MANY WAYS…. 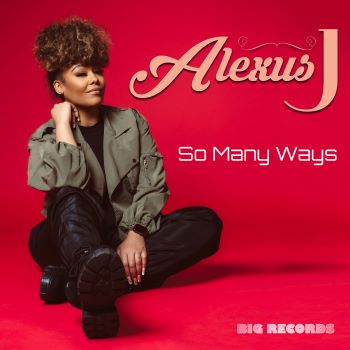 ALEXUS J is a soul sister from the West Midlands (Wolverhampton to be precise!). Her people tell us that she had a tough upbringing… surrounded by a local/family drug culture and the  heart break and depression which  that brings in its wake.

Alexus found solace in music – especially in the gospel church where her grandmother would take her. She also knew that education could bring her a new life and consequently she worked to get herself a degree in Social Work while continuing to sing. A friend at work eventually brought young Alexus to the attention of noted music producer Tony Bean (5AM) and right away he realized that she had something special.

The pair got to work in the studio and the first fruit of the collaboration is all set to win release on June 10th . The single’s called ‘So Many Ways and it’s a smooth, heartfelt groove that sits right on the cusp of contemporary soul and modern R&B and right away you’ll hear the vocal quality that attracted Tony in the first place.

We believe that there’s an album due later in the year. In the meantime, make a note of the name… ALEXUS J and her lovely debut single, ‘So Many Ways’.