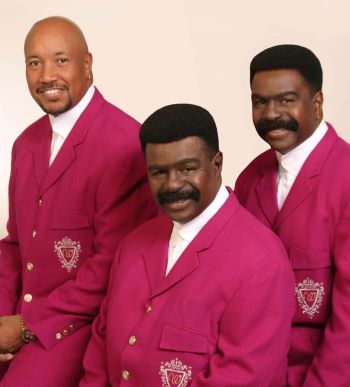 THE WHISPERS are one of soul’s longest serving and most consistent groups. They’ve enjoyed thirty-three top ten hits and twenty chart albums in their remarkable 58 year career. Aside from the quality music, the group ( now just Walter Scott, Wallace Scott, and Leaveil Degree) have long championed community projects and social justice campaigns but  despite  all that they don’t seem to get as much recognition as they truly deserve… till now!

On March 19th, the trio will eventually win a major national award – the very special Presidential Lifetime Achievement Award awarded (accordingto the citation) for “their time, effort, and dedication to humanity”. The award will be presented on stage by Dr. Kenneth Curry—the certifying agent for President Joe Biden and at the ceremony (to be held at the Cannery Hotel, Las Vegas) the Whispers will also be collectively awarded a Doctorate  of Humane Letters Honorary Degrees conferred by the Christian Bible Institute and Seminary.