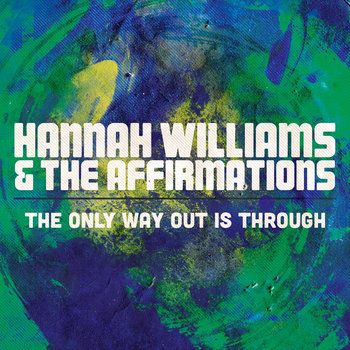 ‘The Only Way Out Is Through’ is the funky and tough new single from UK soul band HANNAH WILLIAMS and the AFFIRMATIONS. It’s the fourth single from their acclaimed album ‘50 Foot Woman’.

Victoria Klewin, who wrote the lyrics of the song, explains: “I was going through a really tough break up and struggling with the idea of being alone when Hannah said to me: ‘All you need now is you’. That stuck in my head and the rest of the lyrics followed. The pain of that situation was hugely transformative for me so I wanted to write a song about actively embracing emotional suffering in order to grow and also finding strength in your own autonomy”. The single is out now on Record Kicks.