THE SOUND OF MOTOWN…. 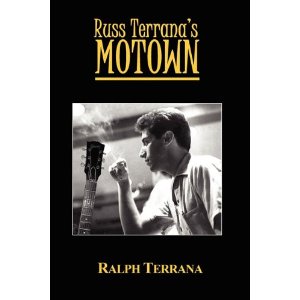 Only the most avid Motown anorak will be aware of RUSS TERRANA. So, a few details. TERRANA and his family – of Italian descent – came from Detroit and at high school – along with his twin brother RALPH and some school pals, RUSS formed a band called THE SUNLINERS. They made some recordings in the legendary Motown Snake Pit before signing with the other big Detroit set up Golden World. There they suffered the same lack of success so young RUSS quit the band and went back to the GORDY fold as a sound engineer… he did, by the way, have a degree in engineering … and, a second by the way, THE SUNLINERS too also eventually went back to Motown, but with a new name – RARE EARTH.

At Motown, RUSS TERRANA engineered countless classics – including THE SUPREMES’ You Can’t Hurry Love’, THE JACKSON 5’s ‘I Want You Back’, SMOKEY’S ‘The Tears Of A Clown’ and THE TEMPTATIONS’ ‘Papa Was A Rolling Stone’. As important maybe is the fact that when Motown decamped to Los Angeles, TERRANA went as one of the engineering bosses in the new West Coast set up.

TERRANA’S story is kind of told in a new book – ‘Russ Terrana’s Motown’, written by his twin brother RALPH. I say the story is ‘kind of told’ because the slim volume doesn’t really tell a story. It’s more a series of anecdotes telling how RUSS worked with and interacted with people like BERRY GORDY, LEVI STUBBS, DIANA ROSS, STEVIE WONDER, FRANK WILSON and PERRY COMO! Yes – Mr. T engineered for the Italian crooner and, we’re told, he got PERRY to pen a nice little note for his mother – who was a big fan… aah!

And sadly that’s the problem with the book. It’s all a bit trivial. Despite the TERRANA brothers being real Motown insiders, they don’t tell us too much that we don’t already know. There are no new insights and few revealing details. Rather the book is simply one brother lavishing praise on his sibling and as such is worthwhile only to those Motown anoraks I mentioned in my first sentence.

‘RUSS TERRANA’S MOTOWN’ by RALPH TERRANA is published by Bank House Books and is out now.