THE STRENGTH OF WOMAN! 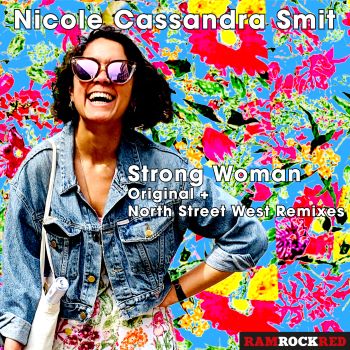 The song originated via Ramrock mainstay Jospeh Malik and it told the story of a man getting ready to go out to meet his girl… simple! He offered the song to Nicole who flipped it to put the  woman in control – a positive affirmation of confident womanhood!

Nicole’s original version was featured on The Craig Charles Funk & Soul Show on 6Music and listeners were impressed by the message and the tune’s insistent vibe. Mixer and another Ramrock mainstay, Ashley Beedle, knew there was a little more to the song. So he took it back to the studio and envisaged it as country influenced Southern soul song – much in the vein of Muscle Shoals and Memphis; and thus that’s the sound on the insinuating North Street West mix … store front piano, muted horns and Hammond à la Booker T… oh, and don’t forget the sultry vocal.

The ‘Strong Woman’ EP offers three tweaks – the original, the North Street West mix and the instrumental and it will be good to go from December 17th