THE SPIRIT OF THE GAMES…. 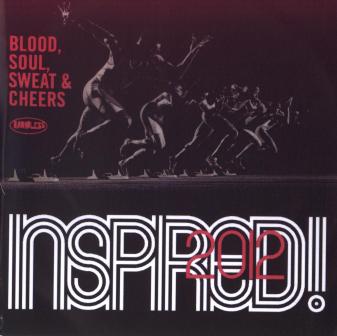 It had to come – the first Olympic themed soul compilation. ‘Inspired – Blood, Soul, Sweat and Cheers’ from Harmless Records is set for release in mid July and contains 43 tracks all loosely based on the themes of winning, losing, running, jumping and so on. Compiler IAN DEWHIRST says that he’s also included titles that reflect the emotions of the sporting ethic – determination, passion, depression and failure. He admits himself that some of the links are slightly tenuous – but what the hell … there’s loads and loads of great stuff here like CURTIS MAYFIELD’S ‘Move On Up’, WILLIE MITCHELL’S ‘The Champion’, GENE MCDANIELS’ ‘Walk With A Winner’ and ARETHA’S ‘Jump To It’. Expect plenty of lesser known and collectable items too – notably THE STEVE KARMEN BIG BAND (featuring JIMMY RADCLIFFE) with ‘Breakaway’, BETTYE SWANN’S ever-lovely ‘When The Game Is Played On You’ and MICHAEL VALVANO’S CONTOURS with ‘I’m A Winner’.

Other inclusions – like the classics ‘Afternoon Of The Rhino’ and ‘Sliced Tomatoes’ – don’t really have a sporting link (tenuous or otherwise) but DEWHIRST explains that cuts like that have a dynamic that reflects the aspirations of certain sports. You can make up your own minds about that but look at it all another way – here’s a great soul compilation that covers all kinds of bases from all kinds of eras – 60s R&B, Modern Soul, Northern Soul, Crossover, Philly, Deep Soul and much more.

‘Inspired’ is released on Harmless Records on July 23rd.