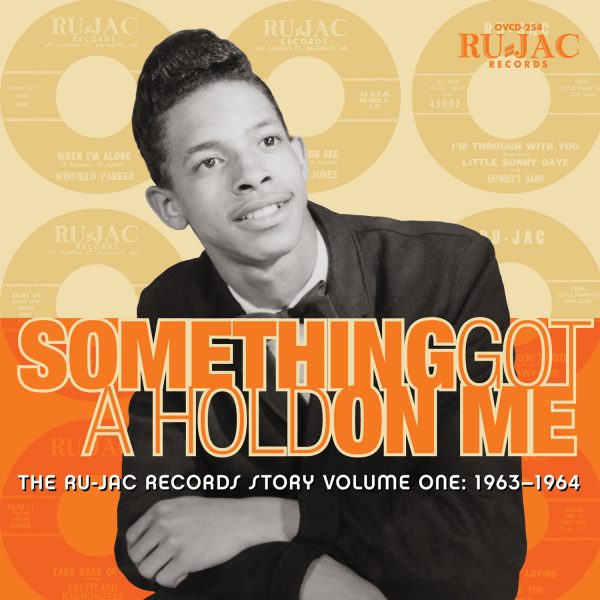 The RU JAC label was founded in Baltimore in 1963 by Rufus Mitchell (Ru) and Jack Bennett (Jac). The pair had previously run their own music publishing and production company and so founding their own label seemed a like a logical move. The label was never hugely successful though it did enjoy a number of local hits. However, the vagaries of the business mean that, of course, Ru Jac material is now hugely collectable.

The first collection, ‘Something Got A Hold On Me’ is a 28 tracker that focuses on Ru Jac’s early days – 1963-64. The sound is rough, primitive even but there are plenty of treasures here for the soul collector. Amongst the featured artists are James Crawford, The Teardrop Band, Mr. Tiny Tim the wonderfully named gospel ensemble The Fruitland Harmonizers and star man Winfield Parker. The album’s title, by the way, comes courtesy of an unnamed Bobby Bland sound-alike; it’s not the Etta James song .

Volume 2, ‘Get It Right’ covers the years 1964-1966 and features plenty of sparkling soul, funk and soul jazz. Biggest name on the set is probably Arthur Conley. He has two tracks on the album. Both are rough demos and very much in the style of Sam Cooke but they were god enough to impress a certain Otis Redding who promptly signed him to his own Jotis label. Soul buffs will also recognize the name Harmon Bethea. As the Mask Man (fronting The Agents) he scored hits on Dynamo. Here enjoy some of his first efforts. Elsewhere the two cuts from Shirley Grant are sweet and charming examples of early 60s soul while Butch Cornell swings some mighty Hammond in the manner of Jimmy Smith.

Both compilations are out now and are essential for soul historians. There’s a third volume promised for February release.