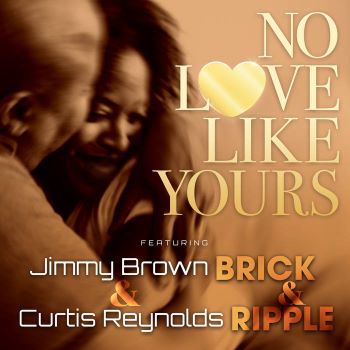 Brick were a smooth/jazz funk band who specialised in what they called “disco-jazz” or “Dazz” and indeed ‘Dazz’ was the title of their biggest hit. Ripple enjoyed success with tunes like ‘I Don’t Know What It Is But It Sure Is Funky’

Now JIMMY BROWN was one of the main men in Brick while CURTIS REYNOLDS was one of the driving forces behind Ripple and over time the duo found plenty of mutual ground and began working together as “Jimmy and Curtis”. For their latest release they’ve teamed up with Sleepy Brown (hit writer producer of the group OutKast) and song writer, singer and producer Luke Garison aka “Luke G”. Their new cut is a catchy contemporary groove, ‘No Love Like Yours’ for which they’ve changed their performing name to Brick & Ripple to hark back to their roots. , ‘No Love Like Yours’ is catchy and watch out for a great horn break towards the end.

It’s out now via Izipho soul/Bandcamp Find out more @ https://iziphosoulrecords.bandcamp.com/track/brick-ripple-no-love-like-yours