THE RETURN OF KINOBE – NEW EP DROPS MAY 12TH 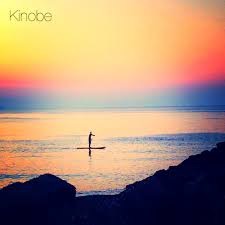 Who remembers KINOBE? They were a London-based electro duo who loved to create cinematic soundscapes using a kaleidoscopic sample library. Originally comprised of Mark Blackburn and Julius Walters, they scored a big hit in 1998 with their single, ‘Slip Into Something More Comfortable,’ an atmospheric chill-out groove employing an orchestral sample filched from an old Engelbert Humperdinck record. The evocative track quickly became a classic of the lounge scene and went on to be used in TV ads and movie soundtracks.

The duo went on to release four albums – their last was ‘Choose Your Own Adventure’ in 2009 – and then fell off the radar. Now, with Chuck Norman replacing Mark Blackburn, they’re back with a new four-track EP, ‘Firebird,’ released via the Absolute label on May 12th.

‘Firebird’s’ title track is a mellow mid-tempo groove with a killer chorus featuring the soulful, tones of vocalist, Rich Hale. The shorter ‘Excess’ is more grandiose and uplifting while the majestic ‘Heartstring’ is a quietly chugging instrumental featuring opulent string washes.  The final cut, ‘Looking Up,’ is also orchestral in nature but slower and more graceful, with choir-like backing vocals and resonant horns counterpointing long, flowing string lines.

KINOBE will issue two more EPs later this year as well as a full  album. They also plan to tour. We’ll keep you posted at SJF.