THE QUALITY OF MERSEY! 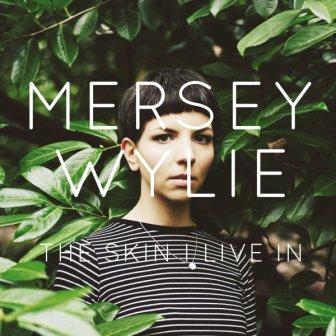 The wonderfully named MERSEY WYLIE is the daughter of Scouse legend Pete Wylie – one of Liverpool’s great music ambassadors and, therefore, it’s no surprise to learn that Mersey is now forging her own music career and making big waves with her unique take on contemporary soul .

Mersey actually grew up in London where she grew to love the music of Motown and she tells us that she has vivid memories of seeing Michael Jackson at Wembley when she was just seven. In her teens she moved to Australia where she studied jazz at the prestigious Western Australian Academy of Performing Arts. In 2010 Mersey moved back to the UK and started to find session work… her CV includes work with people like Yoko Ono, Ringo Starr, Siouxsie Sioux, Boy George and Mick Jones of the Clash.

By 2014 Ms W was confident enough to go out on her own and she’s been busy ever since winning praise from tastemakers nationwide for her particular and very personal take on soul. Mersey has just released her debut four track EP, ‘The Skin I Live In’, that shows a remarkable range. Cut that is winning favour and radio plays is ‘Stronger’. The message in the song is that no matter what is thrown at us, with hope and faith, we can deal with it and as befits that theme, there’s a gospel feel to the song. Sure, it’s not traditional gospel but with a feisty femme call and response chorus behind Mersey’s testifying you can hear where the song’s roots are. ‘Can’t Let Go’ is gentler but no less satisfying while the two other cuts … ‘Only You’ and ‘Giving Myself Away’ offer more eclectic light and shade… little wonder that music tastemakers are tipping Mersey Wylie as one to watch for 2019. Find out more @ www.merseywylie.com