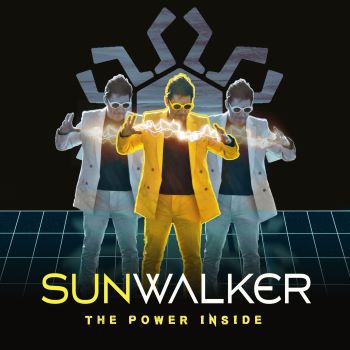 Latest release from SUNWALKER (the musical alter ego of Andy Richardson aka Druw and one half of the ‘The Modernists’ project) is an album grandly called ‘The Power Inside’.

The long player was heralded late last year with the single ‘Dinosaur’ – which Andy described as “dinomite” -actually it was a soulful grower with sweet harmonies and brass work!

We’ve been reliably informed that ‘The Power Inside’ album is due January 28th. The album offers 11 tracks and a range of sounds. Focus cuts right now appear to be the electro funk of ‘Trolls’, the percussive ‘Night Owl’ and the gentle  builder, ‘Peace And Love’.

Throughout, Richardson delivers with his unique vocal style and plays the bass lines, guitars, keyboards, synths and even drums on most of the tracks. Guests include Liz Trafford-Owen, Andy’s long time co-conspirator on backing vocals, Katie Leone (ex-Incognito), Mark Brown on saxophone, Nick Etwell on trumpet, Francesco Mendolia (another sometime Incognito player) on drums and Maximillian Luke O’Donnell on guitar.

SUNWALKER: The Power Inside released January 28th via Splash Music.