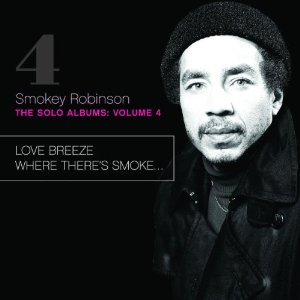 Jon Lucien, a resonant-voiced singer-songwriter whose unique Caribbean-infused music blurred the boundaries between soul and jazz, died aged 65 from respiratory failure after surgery on Saturday August 18th.
He was born Lucien Harrigan on the Caribbean island of Tortola on January 8th 1942 and shortly afterwards moved to neighbouring St. Thomas, also in the Virgin Islands, where he was raised. His interest in music was stimulated at an early age by his guitar-playing father, who was a devotee of singer/pianist Nat ‘King’ Cole. In the 1960s, young Lucien left the Caribbean’s sunny climes for big city life in New York, where he cut a few small label 45s.
By 1970, Lucien had inked an album deal with RCA and co-produced his debut set, ‘I Am Now,’ which was largely devoted to jazz covers. A three-year hiatus saw Lucien return with a stunning sophomore album, ‘Rashida.’ This time guitar-playing Lucien elected to pen all the material and in so doing patented a romantic amalgam of jazz and soul styles that became his hallmark. The album featured the classic title song – with beautifully opulent orchestration by jazz pianist Dave Grusin – ‘Lady Love’ and ‘Would You Believe In Me.’ A third album for RCA, ‘Mind’s Eye,’ followed in 1974, the highlight of which was the blissful romantic ode, ‘Listen Love.’ The fact that Lucien’s music was the sort that couldn’t easily be categorised stymied the record company marketing men. As a result, Lucien couldn’t buy a hit in the ’70s but in a short time he built up a devoted following. A label switch to Columbia in 1975 yielded the albums ‘Songs For My Lady’ and ‘Premonition.’
In the 1980s, Lucien’s output dwindled to a solitary indie label album ‘Romantico’ but in 1991 at the age of 49, he signed a deal with Verve and released the acclaimed CD ‘Listen Love.’ The Jeff Lorber-helmed single, ‘Sweet Control’ even gave Lucien his first Stateside chart hit. Meanwhile, in the UK, Lucien’s old RCA albums had gained him a devoted cult following and resulted in his original LPs exchanging hands between collectors for inflated prices.
A second Verve album, ‘Mother Nature’s Son,’ followed in 1993. A switch to Shanachie in 1997 produced the albums ‘Endless Is Love’ (dedicated to his daughter, Dalila, who perished in an airplane crash in 1996) and ‘By Request.’ More recently Lucien released the albums ‘Lucien Romantico,’ ‘Man From Paradise,’ and in 2003, ‘Live In New York City.’