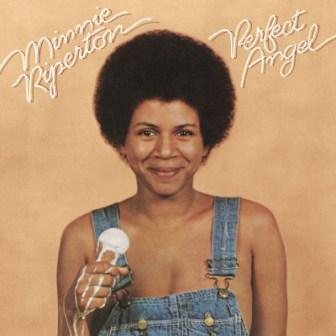 MINNIE RIPERTON would have been 70 years old on November 8, 2017, and to celebrate this milestone Ume is set to release a deluxe edition of her breakthrough album ‘Perfect Angel’. Produced by Stevie Wonder and containing the evergreen ‘Lovin’ You’, the long player was first released in 1974 and brought the wider music world’s attention to a unique vocal talent that sadly was taken from us just four years later.

This new 2 CD edition of ‘Perfect Angel’ not only celebrates Minnie’s vocal art but also highlights the major role that Stevie Wonder played in the project. Back in ’74 for contractual reasons the full story was never told but now it can be revealed that Mr W not only co-produced the set with Minnie’s husband Richard Rudolph, but he also arranged the tracks with his band, Wonderlove; played keyboards, harmonica and drums; and wrote two songs. Eagle-eyed sleeve readers will know that the notes on the album credit “El Toro Negro”- the Black Bull…. a moniker sometime used by Taurean, Wonder.

This new edition of ‘Perfect Angel’ includes 11 bonus tracks. Included is a duet version of ‘Take A Little Trip’ with Stevie Wonder; an acoustic version of ‘Seeing You This Way;’ and an alternate take of ‘Lovin’ You,’ notable for its backing by the Wonderlove band, as the hit single version only used Rudolph on guitar and Wonder on keyboards.

Stevie Wonder says: “Minnie was my dear friend. She was an extraordinary, vibrant person with an extra-special voice. I was a big fan of hers before we met and it was my honour to produce the album with Minnie and her husband Richard. Minnie had a positive energy that radiated throughout these sessions and throughout the rest of her life. When Minnie lived, she lived. She continues to live through this release.”

‘Perfect Angel: Deluxe Edition,’ will be released on December 1.