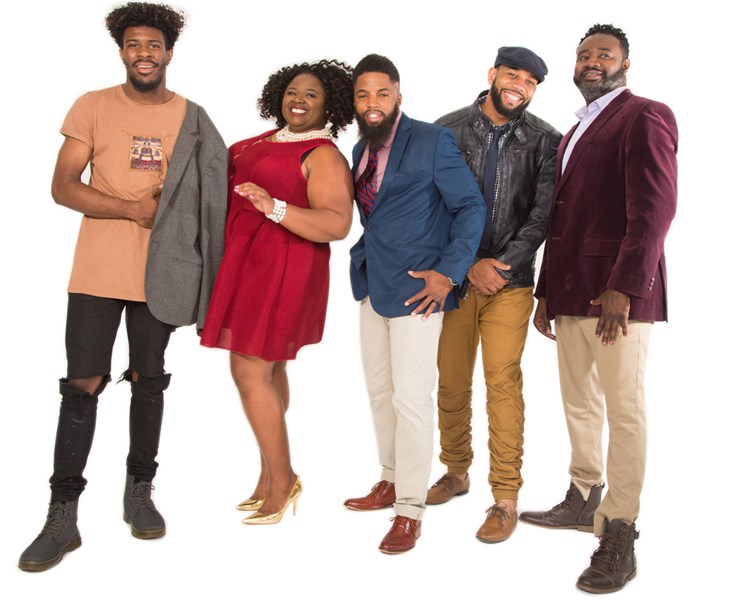 ‘#5or5000’ is the latest album from Orlando-based blues/soul/rock band CECE TENEAL and SOUL KAMOTION. They’ve been around for some time now and the current line up is Chris Baptiste (Keys & MD), Terrell Kimble (Bass) and Lavon Rushing (Guitar). Lead singer is the fiery and feisty Ms Teneal, the daughter of blues singer Yvonne Jackson and indeed , keeping it in the family, Ms Jackson wrote the album’s lead single – ‘What I’d Do To Get Your Love Back’ – a remarkable throw back to the glory days of soul music making in Memphis, Muscle Shoals and all points south. The slower ‘Home’ channels a similar soul sound… properly down home.

Elsewhere on the album, expect plenty of blues based riffling and rocky raunch. The intriguing ‘Common Ordinary Housewife’, for instance, rides in on a classic blues riff and is an album highlight with CeCe sounding nothing like the song’s title character. Indeed throughout she’s tough, rough and fierce…. clearly she takes no prisoners!

The album title – ‘#5or5000’ – by the way, reflects CeCe Teneal & Soul Kamotion’s mission to give the same high energy show whether there are five or five thousand people in their audience.