THE LANGUAGE OF ROMANCE… 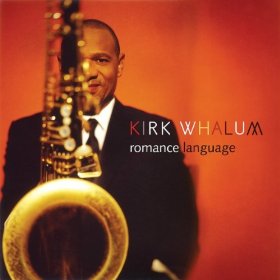 It was almost fifty years ago that jazz legend JOHN COLTRANE teamed up with the then almost unknown vocalist JOHNNY HARTMAN to collaborate on what was to become one of the classic jazz era’s best ballad albums. The COLTRANE/HARTMAN LP featured six standards including ‘Dedicated To You’, ‘Lush Life’ and ‘You Are Too Beautiful’ and since initial release it’s become a yardstick against which to measure seriously romantic music.

Now Grammy winner KIRK WHALUM has teamed up with brother KEVIN to revisit the album and it’s all set for a very appropriate release on Valentine’s Day! The WHALUM brothers and co-producer JOHN STODDART have approached the original recording with admiration and a degree of veneration, but realising that a straight copy is pointless, they’ve written new arrangements that place the songs in a present day soul , jazz and adult pop setting. To enhance the album’s romantic appeal WHALUM has added four contemporary songs including ERIC BENET’S ‘Spend My Life With You’ and JOE’S ‘I Wanna Know’.

The elegant album is entitled ‘Romantic Language’ and it was recorded “live” with a minimum of overdubs at the Dark Horse Studios in Nashville. To tie in with the Valentine’s Day release, KIRK and his band will – on that day – perform a special concert at Hilton Portland Downtown Oregon which will be streamed live via www.kirkwhalum.com

KIRK WHALUM’S ROMANCE LANGUAGE’ is released on Rendezvous Music on February 14th. .. and there will be a full review on SJF very soon