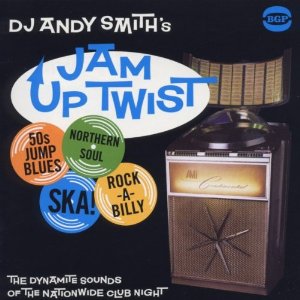 ‘OUT OF MANY, ONE MUSIC’ is the latest archive collection from reissue specialists Fantastic Voyage. The set is a 3 CD, 81 track compilation of music that inspired and shaped the magical music of Jamaica … the blue beat, ska and reggae that was in its own time and own way so inspirational to other genres

The first CD in the set is very wide-ranging and spans the years 1910 – 1954, opening with some rare gospel from The Fisk University Jubilee Quartet and ending with Eddie Davis’s influential ‘I Only Have Eyes For You’. In between there’s jazz, swing, doo-wop and lots more gospel. Featured artists include Charlie Parker, The Ink Spots and the mighty Duke Ellington.

The set’s second CD is more focused in time … 1953 – 1959 and highlights the R&B and vocal group stars who were so influential in forming the aspirations and sound of burgeoning Jamaican artists. Lots to enjoy hear from people like Louis Jordan, the Staple Singers, Clyde McPhatter and Sam Cooke – who was idolised by Jamaican musicians.

Like Cooke, Curtis Mayfield is another legendary figure in the development of Jamaican music and the third CD in the pack features his Impressions’ tracks ‘Minstrel And Queen’ and ‘Gypsy Woman’. This third CD (covering 1959 – 1962) also offers music on (amongst others) James Brown, Dinah Washington, Phil Upchurch, the Shirelles, Stan Getz and John Barry, whose ‘James Bond Theme’ was hugely popular in Jamaica.

Oddly nothing in the collection from Fats Domino – who was particularly influential in Jamaica. But his absence is more than made up for by the inclusion of so many more inspirational and taste forming performers.