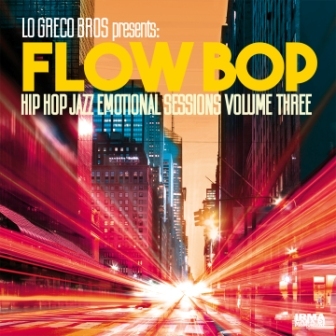 First up is a five tracker from the intriguingly named LEHMANNS BROTHERS. The set is called ‘Another Place’ and they describe it as “a journey through several styles that have influenced our sound“. They add that their influences are the likes of James Brown, Jamiroquai, The Roots and A Tribe Called Quest; that should set things in context. The frantic title track is worth checking while ‘I Wanna Be’ cranks up the bass heavy, brassy funk quotient.

There’s a different flavour to the second Irma release – a soulful house single from D-LIKE – a duo ….(D’andy (Andy De Luca) and Bodyles (Mario De Luca), The cousins began performing in the mid-90s on the streets of Naples, and broke through in 2009 nationally with the EP “Cool Vibes”. Their latest single pairs ‘Déjà Vu’ (a cover of Beyonce’s ‘Déjà Vu’) with ‘I’m Yours’. Vocals on both come from a big voiced lady by the name of Faith and if the European take on soulful house is your thing you probably want to investigate.

Irma’s third newie is perhaps the most intriguing. It comes from a collective known as FLOW BOP…. Vocals- Julia St Louis. Licia Russo, Maryan Sidney, Jagga Guy; Saxes – Germano Zenga, Niccolo Francesco Ricci: Trumpets – Mauro Brunini, Francesco Manzoni; Drums & Percussions – Gianni Lo Greco: Piano, and Keyboards, Bass, Guitars, Flute, Sampling & Programming:-Enzo Lo Greco. They currently have a massive three album collection on offer which are all labelled as “emotional sessions”. They say their music is a cocktail of downbeat grooves, hip hop and jazz with a dash of neo soul and R&B. To set things in context again the team worked with Mario Biondi on his ‘This Is What You Are’ project.

Like we said if your ears are adventurous, you may want to investigate.