THE HUNT IS STILL ON…. 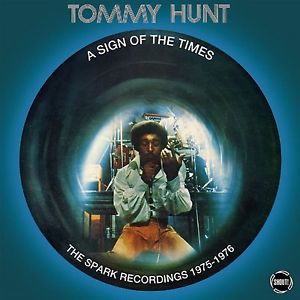 Those aficionados, of course, will need no introduction to Northern legend TOMMY HUNT. .. one of those great old school soul singers who never quite made the major musical league in the States, but who, when their old 60s stuff was “discovered”, became canonized wherever Northern soul was the religion.

After the ex-Flamingo and Scepter recording artist was “discovered” in the UK he relocated there in 1968 and was signed to Spark Records. There he recorded the custom-made Northern set ‘A Sign Of The Times’ along with a live album at the legendary Wigan Casino. Both those long-deleted sets were reissued on Shout Records last year and on the back of the recent upsurge of interest in all things Northern, Shout and Cherry Red (its partner label) are re-promoting album…. ‘A Sign Of The Times… The Spark Recordings’ is available now on Shout Records.