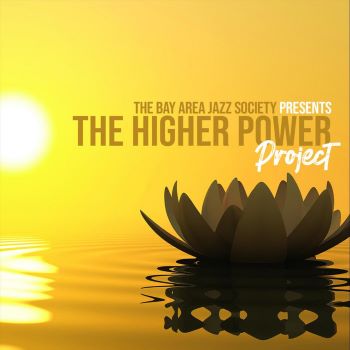 THE BAY AREA JAZZ SOCIETY is a San Fransico / Oakland socially aware music collective marsahlled by garlanded drummer PAUL TILLMAN SMITH (pictured below).  Smith’s been in the music biz for almost 40 years and most serious soul buffs will know of his work. If you’re not too familiar with him, may we point you to his 2013 album ‘Bed Ballads’ – a retrospective credited to ‘Park Place Presents Paul Tillman Smith’. The long player brought together his best performances from his forty year career and amongst the vocalists on the album are dear Phyllis Hyman (on ‘As You Are’) and Lenny Williams (whose ‘Invisible man’ is one of his very best). Paul’s 2017 ‘A Beautiful Heart’ LP is also worth investigating featuring input from people like American Idol finalist LaToya London and Rosie Gaines.

The drummer’s latest project is leading the Bay Area Jazz Society on a 14 track album, ‘The Higher Power Project ’. With a positive social conscience, Tillman Smith is offering all profits from the album  to a funds that will help musicians and artists of all ages and to provide a helping hand to those musicians, who have dedicated their lives making people happy through music but have no personal retirement or pension for their later years. Paul says: “My father was a musician, a hard drinker and Chesterfield cigarette smoker. Musicians have always been exposed to the party life a possible disadvantage. They also mostly have no job security and often have had no control of their monthly income, yet many remain dedicated to their craft and to making people happy through music. A pension and social security have been unattainable for most Artists who have spent a lifetime making people happy through music. 100% of the sales of the ‘Higher Power Project’ CD go into a special fund in support of Musicians & Artists that find themselves seriously struggling in today’s economic climate.”

It is, of course, a wonderful idea. But what about the music on the album… is it worth investing in? In a word – YES. Even without the noble sentiments behind the endeavour , ‘The Higher Power Project’ is a wonderful contemporary soul set that would grace any serious soul collection!

Some of the songs on the album will be familiar to those aware of Tillman Smith. The title track, ‘Higher Power’ has been around for a while, featuring on two previous Tillman Smith albums. The vocalist on the powerful song is Donnie Williams. Williams was hot favourite to win the 2004 American Idol contest when he was removed from the show because of his alcoholism. Williams went into recovery and  is now seeking to help those who may be struggling with addictions of all types. His ‘Higher Power’ has won countless awards and is now nicknamed “the National Anthem of Recovery” by a number of West Coast therapists.

The majority of the songs are Paul Tillman Smith originals with the big cover being  Donny Hathaway’ ‘Someday We’ll All Be Free’ – an obvious choice, maybe, but a song that always hits the spot!

‘The Higher Power Project’ offers wonderful, serious contemporary soul; the cause is a good one… what’s not to like? Lean more @  http://www.bayareajazzsociety.org/