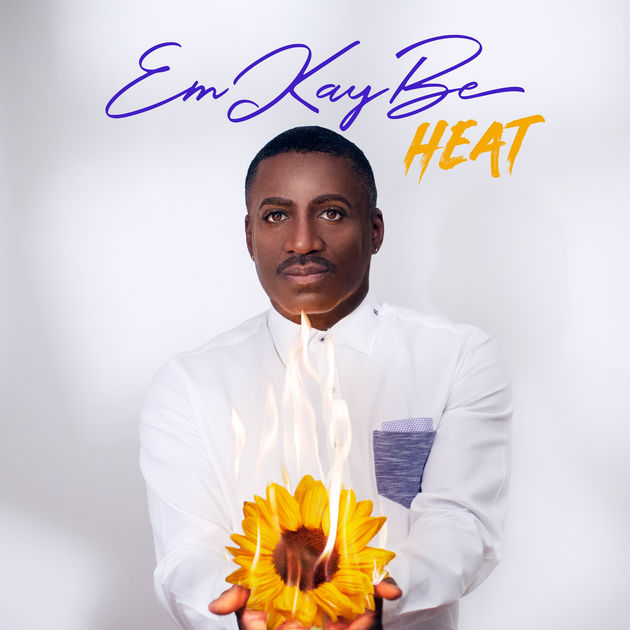 It was back in October that we were delighted to have some new music from Gospel diva, Ann Nesby. The lady fronted a big, dance tune called ‘Jam’. The cut was credited and featured to EMKAYBE and we were told that the tune was from an upcoming EP… well that EP has now landed and ‘Jam’ still sounds mighty fine!

The EP is simply called ‘Heat’ and we’ve learned a little more about its creator Mr EmKayBe. His real name’s Merrick Buckingham and he describes himself as “vocalist/dancer/choreographer/music producer hailing from Gary, Indiana“. He began in the music biz at an early age – as part of a dancing duo with his sister. Young Merrick eventually became a dancer on ‘Soul Train’ then after a stint in the US Navy he began working in music production and the first proper fruit is the 7 track EP that is ‘Heat’.

Maybe, though, “7 tracker” isn’t quite accurate. You see the mini album is topped an tailed with brief intros and outros while track 5 is a 57 second rock guitar take on ‘Gloria In Excelsis Deo’ for which the template seems to be Hendrix’s Woodstock ‘Star Spangled Banner’.

That then leaves four proper tunes. ‘Jam’ is still the biggie; the rest…. well ‘Baby’ is moody and shifty; ‘Heat’ is a jerky, jaunty R&B groove; while ‘Wait’ is a bass-led soul mover.