THE HARDER THEY COME! 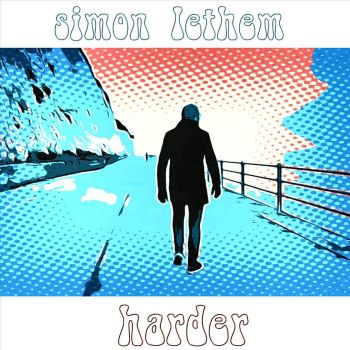 SIMON LETHEM is a British singer/songwriter/musician with a penchant for old school soul, funk and jazz funk. He made his recording debut in 2018 with the album ‘Lessons In Life’ and despite the pandemic, Simon’s managed to record a new LP which has just been released. The 10 tracker is ‘Harder’ and the title track shows clearly where Mr L is coming from. He cites his influences and heroes as people like Prince, KC and the Sunshine Band, the Average White Band, P-Funk, Herbie Hancock and  Zapp. ‘Harder’  (the title tune) is a tough, robust slab of old school funk – very AWB with a touch of JB and garnish of KC (he of Sunshine Band fame) thrown in for good measure and funkateers will thrill to know that the album offers more of the same. The opener, ‘Brick And Stone’, for instamce, keeps the funk quotient high though there’s a little nod to proper modern soul via a sonic quote from Faith Evans’ ‘Never Knew Love Like This Before’.

The ‘Harder’ album offers plenty of other flavours too. The funk has a rockier, Prince flavour on ‘House’ and ‘Can’t Turn It Off’ while Simon dips his toe into blue-eyed soul water on ‘I’m Never There’ and ‘Only Got Yourself To Blame’ – very Hall and Oates that last one. The outstanding soul cut is the Memphis- tinged  ‘Rhythm And Rhyme’ . Sheffield singer  Jack T Harper takes lead vocal on that one and he’s at the mic for the album’s most intriguing track – the closer, ‘Unicorns’. This one sort of fuses brassy, mellower moment Tower of Power with a restrained Todd Rundgren. Like we said “intriguing”.

Apart from Harper, the album’s other vocalists include Rachel Gerrard and Simon himself. The musicians include Aron Bicskey (drums), Jesse Eigen (bass), Jon Trier (Rhodes, Hohner Clavinet and Hammond), Ryan Taylor (Moog and Prophet synths), with Steve Beighton (saxes) and  James Atashroo (trumpet). Simon takes the guitar parts, just occasionally straying into  rock territory. Production’s down to Martin Gregory Smith and Simon tells us that he and Martin are already working on a new album…. ‘Easier’. In the meantime, ‘Harder’ is good to go now.