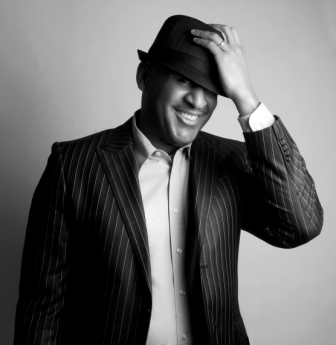 One of last year’s biggest modern soul tunes was Smokie Norful’s wonderful ‘I’ve Got What You Need’. Interestingly, few of the soul buffs who engaged with the song realised that Smokie is pacted to a newish label… Motown Gospel.

The label was set up in 2013 when Capitol Christian Music Group and Universal’s East Coast Label Group joined the EMI Gospel label (founded in 1998) with marketing/promotion and A&R consultation from Island Def Jam and Motown.

Brian hails from Chicago and started singing in the church as a child. After university he relocated to Houston where he refound his faith and in 2009 he released his debut solo album ‘Just Love’ which featured input from the great Tommy Simms. Since then he’s worked with many soul and gospel greats including Fred Hammond, Dave Hollister and Eric Roberson; some may know their United Tenors project.

Now pacted to Motown Gospel, he’s just released a new album – ‘Worth Fighting For’. The album’s mainly a live gospel set but the big tune is the studio recorded ‘Greatest Love’ which features the wonderful voice of Mary Mary’s Trina Campbell. It has many of the elements that made the Smokie Norful tune so captivating but Brian’s ‘Greatest Love’ is a touch tougher and the better for it. Diligent internet research will lead you to it!