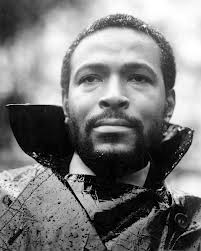 Influential US web site SOUL TRACKS recently conducted a poll to discover who their readership considered the best male soul singers of al time. No prizes for guessing that Marvin Gaye topped the listing with Luther Vandross at second and Stevie Wonder at third. Interestingly the erstwhile “King Of Soul”, Otis Redding, failed to make the top 10. He clocked in at eleven, behind Sam Cooke, Teddy Pendergrass, Al Green, Donny Hathaway, Smokey Robinson, Michael Jackson and Howard Hewett.

Other placed soul stalwarts were David Ruffin (18), Bobby Womack (19), James Brown (24) and Bobby Bland – a surprisingly low # 78. Sadly no place in the 100 for souljazzandfunk favourite , the hugely influential Billy Stewart but placings for lighter weights like Kashif, Billy Ocean and Tevin Campbell!