THE GIFT OF MUSIC… 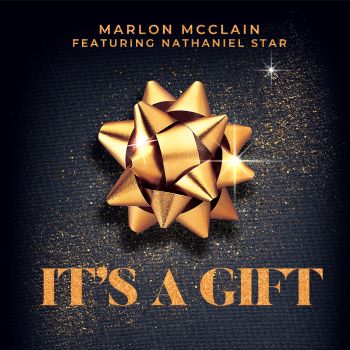 Soul connoisseurs will know all about MARLON MCCLAIN . He began his long career as leader and guitarist of soul/funk band Pleasure. Mr Mc’s also worked with the Dazz Band and released plenty of classy music in his own right including 1981’s ‘Changes’ LP. As a songwriter Marlon has written songs for artists like Charlie Wilson, Tower of Power, En Vogue, Gerald Albright, Curtis Salgado, Eric Benet and George Benson.

Right now, he’s stepping out on his own again – though not quite on his own. His latest single is a chugging, soul/R&B groove ‘It’s A Gift’  which features emotive vocals from rising singer songwriter Nathaniel Starr. Song and production are proper old school – complete with Womack style monologues! Out now!