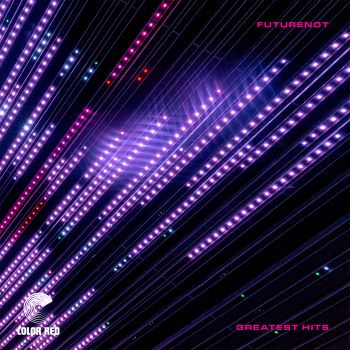 ‘Greatest Hits’ is a rather grandiose title for an album from a band who, as yet, haven’t enjoyed any charts hits! But that’s what Seattle collective, FUTURENOT are calling their latest album.

The core duo describe ‘Greatest Hits’ as the culmination of work that they began back in 2009 and though in the intervening decade they’ve both worked on plenty of other projects separately, they continued to collaborate.

The album was heralded in July by the single ‘Let Us In’. The tune proffered an odd, quirky sound (as described above) with punchy brass in the manner of Daptone and a jazzy arrangement in the style of early Quincy Jones. There was  also a rocky guitar solo courtesy of Cole Shuster and it was topped off with a Brooklyn style rap from Seattle MC, Moe Betta. Odd ingredients, but it worked and moreover it had plenty of enthusiasm and swagger. And that’s the flavour of the whole album.

‘Greatest Hits’ is cleverly topped by ‘In The Beginning’ and tailed by ‘This Is The End’. Both use the same musical motifs in the way that the ‘Shaft’ soundtrack did. Like I said, clever. Highlights include the feel-good ‘Be The Change’ and the groove-heavy ‘Express Checkout’. But all the ten tracks offer plenty of interest and enthusiasm.

Oh, and that title? They tell us that ‘Greatest Hits’  “is more than just a tongue-in-cheek joke about a first release; it is a reference to how they drew from old material to create this collection.”. Now you know. Out now via Color Red.