THE END? WHO KNOWS…? 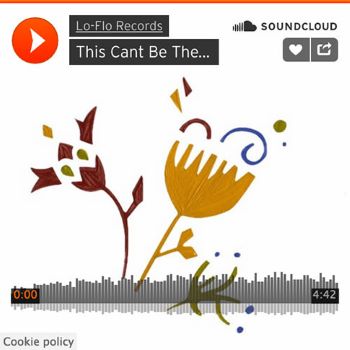 Lo-Flo Records is a new(ish) US label set up by garlanded, veteran songwriter JANE MCNEALY. Ms McNealy began playing the piano at the age of three and was regarded as a musical prodigy before starting her professional career in the 1960s. In the 60s and 70s her songs were recorded and/or perfomed by people like Sarah Vaughan, Petula Clarke and Mel Carter. From there she worked on film and TV scores as well as writing musicals with Alice Khuns.

McNealy’s idea behind Lo-Flo Records is to make available her considerable music archive and amongst the first releases is a moody instrumental  ‘This Can’t Be The End’ – a collaboration between McNealy, New Orleans soul and jazz icon HAROLD BATTISTE and his colleague MELVIN LASTIE. The track begins in unusual march time before developing into a classic, atmospheric soul jazz, sax-led workout typical of its time.

The tune dates from 1968 and was initially released by Battiste in 1976 and part of the profits from this re-release will go to the American Cancer Society. Find out more @ www.loflorecords.com