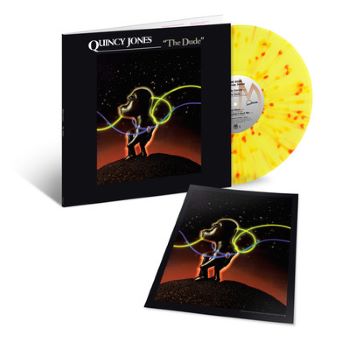 Anoraks will know that ‘The Dude’ spent 81 weeks on the Billboard chart, peaking at no.3. The LP spawned three top 40 singles, including ‘One Hundred Ways’ with James Ingram, which went on to become Jones’ single biggest hit as a solo artist, the Latin-inspired dance number ‘Ai No Corrida’  and the ballad ‘Just Once’. ‘Razzamatazz’ achieved Jones’ highest U.K. chart rank as a solo artist.