THE DELLS…. AND SONS! 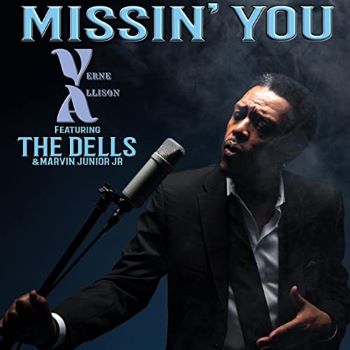 THE DELLS are the soul  connoisseurs soul group. Sadly, though, time has taken its toll on the Chicago fivesome. They effectively “retired” in 2012 when Marvin Junior and Chuck Barksdale fell ill. Marvin died the following year and Chuck in 2019. Johnny Carter predeceased both, passing in 2009. That left Mickey McGill and Verne Allison (both pictured below), and of course a back catalogue that is second to none.

However the Dells’ splendid legacy is being kept alive by the surviving pair alongside Verne’s son Verne “VA” Allison Jr and Marvin’s son, Marvin J.

That latter pair have just released a Dells’ inspired single, ‘Missin’ You’ on the aptly named Dells Way Records. The “new” song is actually a reworking of an old Dells’ song, ‘Baby Come Back’ which fans will know featured on their ‘Reminiscing’ album from 2000. Allison Jr wrote the song, so he has every right to tamper with it and what a great job he does. He takes lead on the soulful meander while Marvin J adds gritty interjections sounding just like his much missed father. It’s a great throw back sound.

Allison Senior says of the song: “I think it’s a hit myself. When I listened to it, I said, ‘Wow,’ you’re bringing something back new, which should get both crowds, young and old.” While Mickey McGill opines: “When they played it for me, I told my daughter, ‘This is a hit.’ So now it’s time to put some machinery behind them. What they need, what everybody needs, is you got to put some money behind them. You’ve got to have some money put behind you so that you can do all the things in the right places.” He adds: “I miss Marvin, Chuck and Johnny. I got one friend and that’s this man sitting here (Verne). He’s my buddy. I wish that we could do it all over again.”

‘Missin’ You’ is out now and it’s a remarkable tribute to a remarkable band. Thanks once again to Mark Turner @ Soul Strutter for this discovery. Find out more @ https://soulstrutter.blogspot.com/