THE CHIPS ARE DOWN! 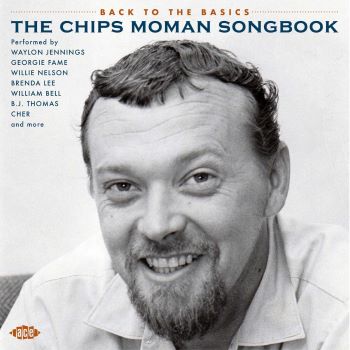 For its latest “Songwriter” appreciation album, Ace Records takes an in-depth look at the work of CHIPS MOMAN – a mainstay of the Memphis soul sound. But Moman, born Lincoln Wayne Moman, was much more than that. For sure soul fans revere his achievements (he was a founding father at Stax and later ran his own studio, American) but his work – as musician, producer, songwriter, studio-owner and much more besides – transcended genres.

Ace’s tribute to Moman, ‘Back To Basics’, offers 24 tracks that show the man’s many sides and accomplishments –  chief amongst those for the soul clan has to be ‘Dark End of the Street’. The 1967 James Carr original is a soul monument but here the Ace compiler, Tony Rounce, has decided to go for a very different version – from the Flying Burrito Brothers. Their country-rock cover proves the old adage – a good song is just that! And that’s one of the attractions of this collection – Rounce eschews the obvious and choses his Moman moments from, maybe, not so obvious sources. So though Moman’s throbbing instrumental ‘Last Night’ will ever be associated with the Mar-Keys, here you can enjoy dear old Georgie Fame’s cover! Amongst this collection’s other soul gems are Carla Thomas’ ‘Promises’, William Bell’s searing ‘Somebody Mentioned Your Name’ and Barbara Lynn’s ‘You’re Gonna See A Lot More Of My Leaving’.

As serious music students will know Moman is also revered by our country cousins, so ‘Back To Basics’ features plenty of country classics . Indeed,  it opens with Waylon Jenning’s ‘Luckenbach Texas’ (sub-tilted ‘Back To The Basics Of Love’ giving this album its name) and ends with Willie Nelson’s ‘Old Fords And A Natural Stone. In between there’s more country and pop from people like Brenda Lee, Kenny Rogers, the Gentry’s, Cher, BJ Thomas and Tammy Wynette. All prove that  often in music (whatever the genre) the simple, basic approach is often the best! ‘Back To The Basics’ proves that: and as a celebration of four decades of song writing, it honours the reputation and memory of one of the best… Chips Moman.