THE BRITS ARE COMING! 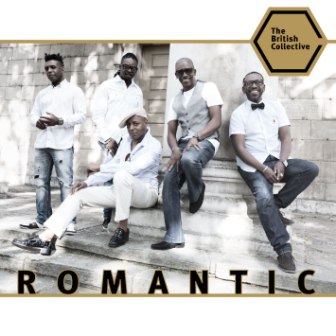 For many, many years now British soul has been able to hold its head high with its US counterpart. Bands like Incognito and The Brand New Heavies enjoy a worldwide fan base while solo stars like JUNIOR GISCOMBE, OMAR, DON-E and NOEL McKOY have sold millions of records and are constantly in demand. Last year that trio, along with LEEE JOHN (of Imagination) joined forces on a key track on Don-E’s ‘Little Star’ album. Tune in question was the quite lovely, ethereal ‘Spiritual’ – an album highlight… and its success encouraged the quartet to do it all over again.

Junior, Omar, Don-E, Noel and Leee recently went back to the studio and, using the umbrella name BRITISH COLLECTIVE, have collaborated on another wonderful piece of modern soul called ‘Romantic’. The tune, a precursor to an eagerly-awaited album, is a tight, sharp groove with just a hint of New Jack Swing about it and, oddly for a super group maybe, it’s a real team effort. The voices blend beautifully as if the boys have been singing together for a long, long time; there are no egos on show and none of the collective aspires to lead singer status!

You can probably guess that such a landmark recording comes in a number of mixes. The Radio Edit, obviously, highlights the best of the original track; the Booker T Klub mix and the Paris Cesvette remix take the tune into house territory; while the Romix tweak is bumpier and a bit more R&B. Old stagers (like me) might well prefer the So Sweet Mix which is … well, “sweeter” and unless my ears deceive me there’s a whiff of Michael Wycoff’s ‘I’ll Be Looking Up To Up To You’ about the insistent riff.

Whatever mix you go for, you’ll get a proper British soul treat. Find out more @ www.thebritishcollective.com