THE BLUES SURE DON’T LIE… 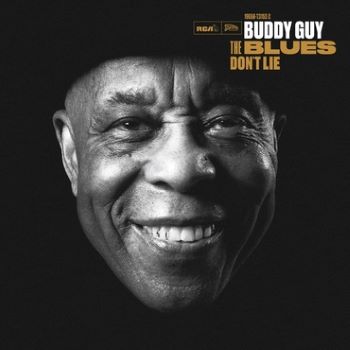 The real blues go in and out of fashion… but they refuse to go away. Plenty of young Turks strive to keep  the genre fresh and alive but it’s the veterans who really know the blues and they continue to deliver, preserving a sound that is at the roots of most  forms of Western popular music.

And speaking of battle hardened blues vets, they don’t come much more celebrated than the Louisiana-born singer/guitarist BUDDY GUY. Now 86, Buddy has just released his 34th studio album, ‘The Blues Don’t Lie’  and, produced by songwriter / drummer Tom Hambridge, it’s already being acclaimed as a worthy  follow up to our man’s 2018’s Grammy winning album ‘The Blues Is Alive and Well’.

‘The Blues Don’t Lie’  offers a generous 16 tracks and an amazing guest list. Here, teaming up with Buddy are people like Mavis Staples, James Taylor, Elvis Costello, Bobby Rush and Wendy Moten. The young Wendy (she’s actually 56 but young compared to Buddy!) features on the rousing, jaunty ‘House Party’. By comparison, Mavis Staples won’t mind being tagged “veteran” (she’s just three years shy of Buddy!). She pairs up with Buddy on a  lovely slice of blues nostalgia , ‘We Go Back’ whcih references things like the assassination of Martin Luther King. The track was one of the LP’s lead off singles.

Like ‘We Go Back’ the album offers plenty of other songs which explore themes not usually associated with classic blues. ‘Gunsmoke Blues’ (with input from Jason Isbell) deals with America’s serious gun issues while the James Taylor collaboration, ‘Follow The Money’ deals with politics, sinister greed and a lot more.

Elsewhere, ‘ I Let My Guitar Do The Talking’ speaks for itself; ditto ‘The World Needs Love’. More romantic themes are explored on ‘Symptoms Of Love’ (Elvis Costello on this one)  while, interestingly, the album ends with a cover of ‘I’m A King Bee’ (best known in its Slim Harpo version). On this one, it’s just Buddy and his acoustic guitar. No fuss, no frills, no elaboration – just the blues as it was and, indeed, still is. For sure ‘The Blues Don’t Lie’ . The album’s out now via RCA.