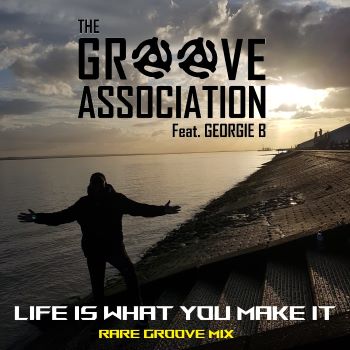 THE GROOVE ASSOCIATION’S award nominated, multi-No. 1 soul album ‘It’s Been So Long’ just keeps on giving and giving. The LP has already yielded four hit singles which are now set to be followed by a fifth gem…a mix of ‘Life Is What You Make It’.

The Association’s main man, GEORGIE B has taken as his theme for the mix the whole rare groove scene – hence the tweak is dubbed “The Rare Groove Mix”(obvious, yes!) and it’s another lovely reimagining. Sedate, stalely and soulful, it has the hallmarks of the classic rare groove scene and it’s out now via GAB Records. @ www.georgiebmusic.com