THAT’S ALL IT TAKES…. 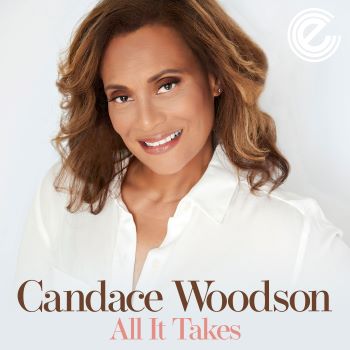 Last outing from  gospel-trained soulstress CANDACE WOODSON was a catchy dance cut, ‘Midas Touch’. (No, not the Midnight Star tune, nor indeed the Mamas Gun song). The song (subtitled ‘Ooh Ooh’) was a sweet dance groove that was given extra mileage via a couple of remixes from Nigel Lowis with his steppers’ tweak  becoming particularly popular.

For her latest release Ms W maintains the same sophisticated dance vibe. ‘All It Takes’ is an irresistible head nodder, foot tapper and whatever else you may want to nod or tap. Little wonder, the song was produced by the Kloud 9 boys (Kelvis and Kendall Duffie) and the mix comes courtesy of master of the modern dance vibe, Cool Million’s Rob Hardt.

‘All It Takes’ is being released to promote Candace’s  upcoming UK appearances on her ‘The Midas Touch Tour To The UK’ in November with shows at Pheasantry, Chelsea (9 Nov) and Pizza Express Birmingham (12 Nov)

‘All It Takes’ is out now via Expansion.