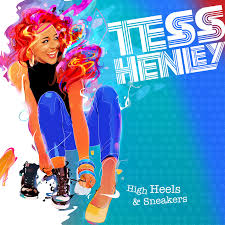 The lovely TESS HENLEY has been a favourite here at SOULANDJAZZANDFUNK ever since we discovered her 2008 easy-on-the-ear album, ‘Easy To Love’. Then there was that catchy EP that focused on the song ‘Boy In The Window’. Tess then moved up a gear…. the Seattle-born singer/songwriter decamped to the soul hot bed of Philadelphia to record her next album – a satisfying ‘High Heels And Sneakers’ and that album, we said, was full of sophistication and melodic optimism. Other writers made comparison to Carole King and Laura Nyro…. praise indeed and enough to catch the attention of garlanded muso Don Was who teamed up with Tess for her latest project – a four track EP, ‘Wonderland’.

The mini album opens with the title tune – a gentle, insinuating, harmonic song that opens with the opening line from ‘Alice in Wonderland’. It’s ultra catchy and features a hook to die for! ‘Positively Me’ is a potential blue-eyed soul classic with intriguing lyrics, while ‘Boomerang’ is a soulful ballad. The set ends dramatically with ‘Steady Bound’ allowing Tess to show off her vocal credentials against a full Don Was production. Other musicians on the EP include James Gadson (drums), James Hutchinson (bass), Mark Goldenberg (guitars), Mike Finnigan (Hammond Organ) and , Michito Sanchez (percussion) and between them and Tess and Don they cook up a rather sophisticated but sensitive spin on modern soul.