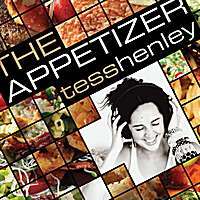 Discerning soul fans will fondly remember TESS HENLEY’S 2008 album ‘Easy To Love’. The long player was a pleasing mix of subtle soul and smooth jazz delivered with sincerity and embellished by the lady’s understated piano playing, but what impressed the critics most was the quality of the young Seattle artist’s own songs.

TESS is currently working on a new album but in the meantime there’s a new five track EP available via the usual outlets – most notably CD Baby and i-Tunes. The collection is tantalisingly called ‘The Appetiser’ and – surprisingly, given TESS’ gift for song writing, there are two covers on the set – and they are both rather splendid. First up there’s a lovely version of BOB MARLEY’S ‘Is This Love’, to which TESS gives a delicate CAROLE KING (circa ‘TAPESTRY’) arrangement; then there’s a sparse organ-led cover of BOBBY CALDWELL’S ‘What You Won’t Do For Love’ . This one is a duet with MYCLE WASTMAN and it’s already doing great things on the UK modern soul scene, where the crowd love a revitalised oldie.

Of the new tracks there’s a remix of one of the ‘Easy To Love’ songs, ‘Understand It’s You’ and two reflective, thoughtful songs – ‘Boy In The Window’ and ‘Which way To Hollywood’ – both slated as the A & B sides to promote the new album. Find out more at www.tesshenley.com