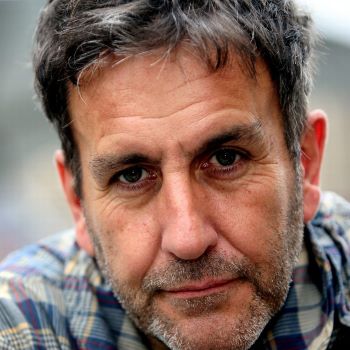 UK singer TERRY HALL died on Sunday 18th December after what was described as “a short illness”.  Hall was aged 63 and will of course be best remembered as the front man with ska-influenced and socially conscious, multi-racial band the Specials who were part of  the influential 2-Tone movement.

Born in Coventry in 1959, Terry Hall endured a troubled, abusive childhood, eventually finding solace in  music. His first band was a punk outfit Squad after which he was invited to join the Specials by Jerry Dammers. The Specials’ first release was ‘Gangsters’,  a tribute to Prince Buster’s ska classic ‘Al Capone’. Between 1979 and ’81, the band enjoyed a run of seven consecutive top 10 singles including ‘Ghost Town’ and ‘Too Much Too Young’. Hall quit the band in 1981 to form Fun Boy Three with fellow-bandmates Neville Staple and Lynval Golding and the hits continued, though  the music of the new group was much less ska based. Amongst the biggest  hits was their collaboration with Bananarama on a cover of the Velvelettess’ ‘He Was Really Saying Something’ . After Fun Boy Three , Hall worked with (amongst others) The Colourfield, Terry, Blair, and Anouchka and Vegas (a collaboration with Eurythmics star Dave Stewart.)

In 1994 Terry Hall embarked on a solo career  – by which time his music was marked by shades  of melancholy and introspection. He also worked with trip-hop artist Tricky and Damon Albarn’s side project Gorillaz, before reuniting with The Specials for a tour in 2008 and they performed at the 2012 London Olympics closing concert. In 2019, the band released a new album, ‘Encore’, which gave them their first ever number one; the follow up was a covers album inspired  by the Black Lives Matter movement. Amongst the  songs was a version of Staples Singers’ ‘Freedom Highway’

Terry Hall is survived by his wife, the director Lindy Heymann. They had one son, while Hall has two older sons with his ex-wife, Jeanette Hall.