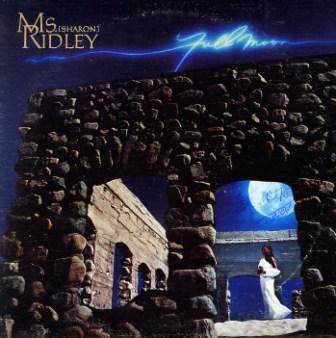 The Tabu reissue programme gathers momentum with the release of three hugely collectable archive albums that have long been revered by 70s and 80s soul buffs.

First up is ‘Full Moon’ by Ms SHARON RIDLEY. The 9 tracker was first issued in 1978 and was produced by Jerry Peters who’d made his name with Brainstorm. Sharon Ridley was a little known East Coast soulstress who was pacted with Sussex before joining Tabu and she contributes six of her own songs to ‘Full Moon’, though the LP’s big track – ‘Changin” – was penned by Peters. The album’s two other cuts are covers of the Motown gems, ‘You Beat Me To The Punch’ and ‘Ain’t That Peculiar’.

The second new Tabu reissue is MARY DAVIS’ ‘Separate Ways’. Davis was featured vocalist with the SOS Band but quit in 1986 and cut an acclaimed single ‘Steppin’ Out’. A number of producers worked with Davis on the ‘Separate Ways’ album …. including Bernard Terry and LA Reid and Babyface. This first time reissue offers the original LP’s 9 cuts along with six bonus tracks … remixes of the album’s lead singles along with a Club Version of that in-demand tune ‘Steppin’ Out’.

As esoteric is the third Tabu newie… ‘Universal Love’ from WOODS EMPIRE – a family group made up of Tommy Woods and his sisters Linda Renee, Rhonda Marie, Iris Yvonne and Judith Ann. ‘Universal Love’ is a much sought after funk affair and was produced by David N Crawford while the horns were arranged by the legendary Tom Tom 84. On this reissue the original 9 tracks are augmented by a quintet of bonuses – which include non album singles.

Go to our reviews pages for an-depth look at Sharon Ridley’s ‘Full Moon’.