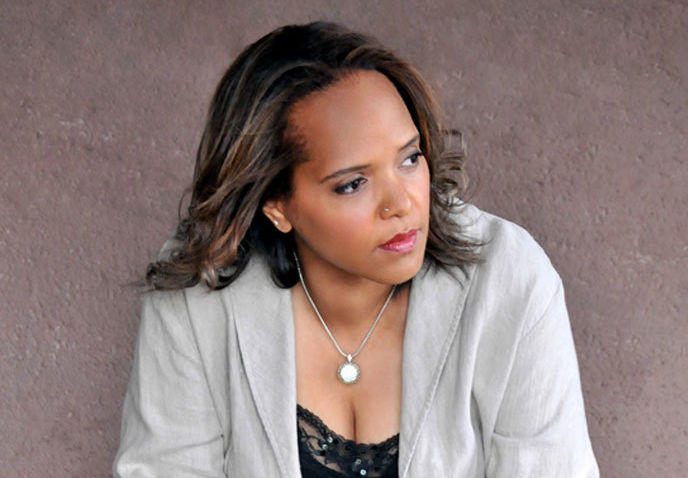 Triple Grammy award-winner, drummer/composer, TERRI LYNE CARRINGTON, will be coming to the UK in May to participate in an event titled ‘Women In Jazz’ run by a Birmingham-based music organisation called Jazzlines. The 51-year-old Massachusetts-born sticks maven is scheduled to perform at Birmingham’s Town Hall venue on Sunday 21st May and then on Monday 22nd will hold a drum workshop for local students and musicians.

Launched in 2014, ‘Women In Jazz’ was initiated as a three-year project to aid the creation of female jazz musicians as role models. The manager of Jazzlines, Mary Wakelam Sloan explained the rationale of the project thus: “Becoming an excellent jazz musician is not about gender but about creativity and discipline honed in an environment where mentors inspire and motivate the next generation. This project aims to help make pathways and entry routes more accessible, creating more female role models in British jazz which will ultimately benefit the industry’s ecology for years to come. We are truly delighted to welcome the phenomenal Terri Lyne Carrington – we have no doubts she will be an inspiration to all.”

Carrington will be accompanied by a specially-selected, largely-female band for the occasion, comprising singer China Moses (who has just released he own album via MPS), pianist Helen Sung, and saxophonist Tineke Postma with bassist Josh Hari completing the line-up. Carrington will be showcasing music from her most recent album, 2015’s Grammy-winning ‘The Mosaic Project: Love & Soul’ which featured notable cameo roles from the likes of Chaka Khan, Natalie Cole, Nancy Wilson, Lalah Hathaway and Valerie Simpson.  Carrington, who has worked with the best musicians in the jazz arena during her 30-year-old professional career – including such bona fide  legends as Dizzy Gillespie, Herbie Hancock and Wayne Shorter – also won Grammies for her  LPs, ‘Money Jungle’ (2013) and ‘The Mosaic Project’ (2011).