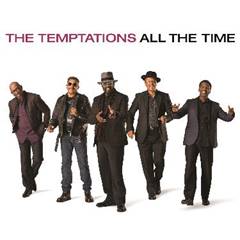 Great news for all proper soul fans! The mighty, mighty TEMPTATIONS have announced that they’ll soon be releasing a brand new studio album –their first in over eight years!

‘All The Time’ hits the sales racks on May 4th and we’re told that the set marks a subtle change of direction for the Emperors of Soul. You see the bulk of the tracks are covers of songs from leading contemporary artists like Sam Smith, Bruno Mars, John Mayer and Ed Sheeran. There are also songs originally recorded by Maxwell and someone called Michael Jackson! There will also be three new, original Temptations songs.

The producer is Dave Darling known for his work with, among others, Glen Campbell, Brian Setzer, Tom Waits, and Janiva Magness and the Tempts current lineup is Otis Williams, Ron Tyson, Terry Weeks, Larry Braggs, and Willie Greene.

Full review here at SJF just as soon as we have our copy!