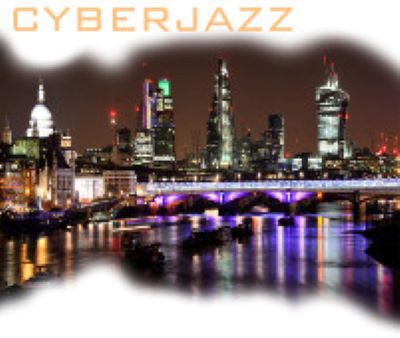 CYBERJAZZ is a UK combo (great word that!) built around multi-instrumentalist and producer Russ Courtenay. The original line up consisted of musicians all studying at the London College of Music.

The band’s latest release is a 4 track EP, ‘The Truth’, from which the focus cuts are the jaunty ‘Ouch’ and the mini album’s title track. ‘Ouch’ is an adventurous workout with a soulful undertow while ‘The Truth’ is a sinuous, bass-heavy, smooth jazz workout that’s a sort of a hybrid of David Sanborn and Shakatak with added bite.

Both tracks feature intricate sax lines from Ben Castle. Castle is the son of the late, all round entertainer Roy Castle and Ben’s credits include work with people like Gregory Porter, Blur, Sting, Humphrey Lyttleton and George Michael. Castle and Courtenay first met when they were part of Gloria Gaynor’s road band and have since forged a fruitful musical relationship as testified by these two tunes!