TELL ME SOMETHING FUNKY…. 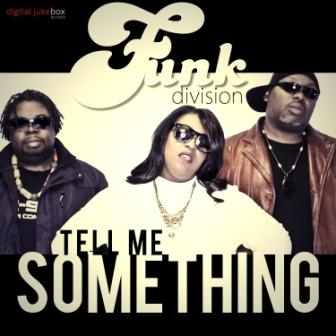 FUNK DIVISION are a hard-working soul trio from the UK’s West Midlands. Fans of a certain vintage might know them as Sound Garden… but in 2013 the “gardeners” morphed into Funk Division, feeling that the new moniker best summed up their sound. The trio comprise Mark Anthony, Derek King and vocalist Samantha Pearce and they debuted with ‘What You Want’.

Mark Anthony has previously worked with and produced and remixed tracks for many artists including Justin Timberlake, Joyce Sims and Afrika Bambaataa and he’s currently working on Funk Division’s album.

To whet soul appetites Funk Division will be releasing a single on May 1st. The tune is the hugely insistent ‘Tell Me Something’ and, we’re told, it’s already picking up plays in the more discerning soul clubs… you can hear why. It drives along with real urgency and Ms. Pearce testifies in a proper old school way.