Teena Marie – A Tribute: The Journey From Hitsville to Soulville 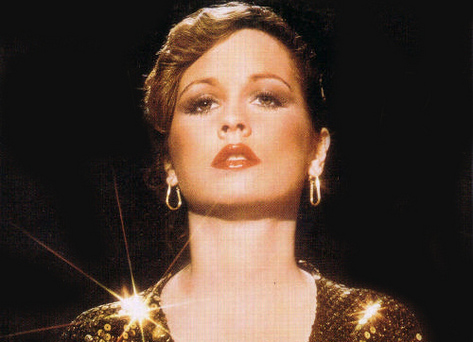 When Berry Gordy first signed Teena Marie to Motown back in 1976, it’s true to say that he didn’t know what to do with her. Sure, he knew that she was a precociously-talented singer/songwriter who had been a child actress in ‘The Beverley Hillbillies’ TV show but how was he going to market a 20-year-old green-eyed, flame-haired white girl from California as an R&B singer? She certainly didn’t fit the traditional soul diva archetype. In fact, it took three long years of hard and often fruitless graft in the studio with a host of different producers before Gordy and his protégé found the sonic answer to their prayers – Rick James. In James, Marie – born Mary Christine Brockert in Santa Monica – found a kindred spirit and their instant musical chemistry proved explosive, yielding the debut hit ‘I’m A Sucker For Your Love’ in 1979. Due to her gutsy, authentic-sounding R&B style, many American record buyers thought Marie was black, an illusion that Motown fuelled by omitting her picture from her debut album, ‘Wild & Peaceful’ (interestingly, in the UK, where racial origin was less of an issue, the album had a picture of Teena on the back).

After an acrimonious break up with James – the two were romantically entangled for a while – Marie, who was nicknamed ‘Lady Tee’ by soul fans, gradually began to have more creative control of her music and experienced massive Stateside R&B smashes in the early-’80s with songs like ‘Behind The Groove,’ ‘I Need Your Lovin’,’ ‘Square Biz,’ and ‘Portuguese Love.’ But her dream deal with Motown turned sour in 1982 and after she triumphed in a legal battle with Berry Gordy’s company over the details of her contract, she signed a lucrative deal with Epic Records that would eventually yield her only US chart topper, 1988’s ‘Ooo La La La.’

Teena left Epic in ’91 and released the album ‘Passion Play’ in 1994 on her own independent label, Sarai. After that, recording-wise, Teena kept a low profile until 2004, when – in what many observers deemed an unusual move – she pacted with the hip-hop label, Cash Money, and released ‘La Dona.’ The album proved a big commercial hit in the States and the lead-off track, ‘I’m Still In Love,’ was Grammy-nominated. More importantly, it provided convincing evidence that Teena was far from spent as a creative force and could hold her own against R&B’s younger generation of singers. A second Cash Money long player, 2006’s ‘Sapphire,’ was a similarly strong set, featuring cameos from Smokey Robinson and George Duke.

What turned out to be Teena Marie’s final album was arguably her strongest for many moons. Called ‘Congo Square,’ it was her debut for the resurrected Stax label and in promoting it, Teena travelled to the UK, where she performed a sold-out show at IndigO2 last January. During her rare sojourn to England (her previous visit had been in 1991), I had the good fortune of meeting her face-to-face for an interview alongside Soul Walking’s affable and deeply knowledgeable proprietor, Toby Walker. Quietly spoken and diminutive, Teena gave the impression of being a warm, sincere person who was deeply passionate about her music-making. Not only that, she was modest and humble too and her responses to our questions offered a lot of insight into her life, career and personality.

She was due for a return visit to the UK in the early part of this year but sadly, Teena – who had suffered a seizure a few weeks earlier – died in her sleep on 26th December 2010. She was only 54 years old and judging from her recent records, had a lot more music inside her that she was ready to share with the world.

Though, sadly, she’s no longer with us, Teena Marie’s music will undoubtedly live on. The musical legacy she leaves behind is both rich and varied. As a vanilla-hued girl from California who loved Sarah Vaughan and cited Smokey Robinson and John Lennon as influences, she brought a unique perspective and indeed, sound, to R&B music. She had a deep affinity with African-Americans – she grew up in a mostly black area in the Venice Beach area, which was dubbed ‘Venice Harlem’ – and because of that, black Americans regarded her as one of their own – a rare feat for a white girl who sang at comedian Jerry Lewis’ wedding when she was ten years old.

Teena Marie also leaves a daughter behind, Alia Rose, who performs under the name Rose LeBeau and who made an impressive cameo appearance on Teena’s ‘Congo Square’ album. If she’s half as good as her mother, she’ll be a force to be reckoned with.