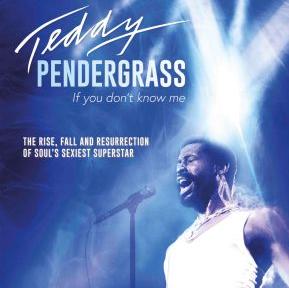 Early in the New Year, selected cinemas nationwide will be screening a brand new documentary movie on the life of TEDDY PENDERGRASS. Titled ‘If You Don’t Know Me….. The Rise, Fall And Resurrection Of Soul’s Sexiest Superstar ‘, the makers describe it as “the untold and ultimately inspiring story of a legendary soul singer”.

The film was conceived, researched and directed by BAFTA award winner Olivia Lichtenstein, who recalls: “I grew up listening to soul music and I’d just started listening to Teddy again when I saw a documentary about Shep Gordon, the legendary artist manager who worked with everyone from Blondie to Alice Cooper – and Teddy. It included a little bit about him working with Teddy and it made me realise that I didn’t know what had happened to him. I had a really strong sense that I had to make a film to tell his story.”

The film will be premiered at the BFI on February 19th and the evening includes a Q&A with Olivia Lichtenstein. Subsequently the movie will be screened at selected venues nationwide with DVD release in Spring 2019