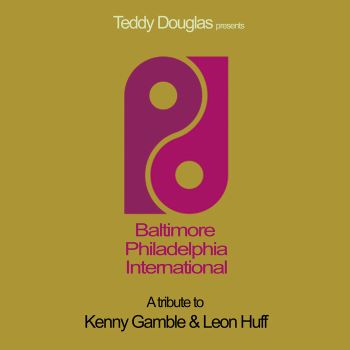 All self-respecting soul and soulful house folk will know all about Teddy. He’s worked with anyone who’s anyone in the world of soulful dance – I mean… Michael Jackson, Lenny Kravitz, Crystal Waters, Erykah Badu, Martha Wash and Ultra Nate for starters. Then there’s his pioneering work with Baltimore’s Basement Boys and then (over 30 years) release after release and remix after remix cementing his position at the top of the soulful house tree!

Mention of ‘The Sweetest Pain’  should indicate that in picking his tunes Teddy has mixed the biggies with the less obvious and the collection is all the better for that. Which brings us to the “cuckoo in the nest” (hence our “mostly” above). One of the many highlights on this album is a Teddy D take on ‘I Wish I Didn’t Miss You’ – a song originally recorded, of course, by Angie Stone.. so not a Philly original. However, you’ll know that it relies heavily on the opening riffs of ‘Backstabbers’ – so it’s inclusion is well merited!

Now many of these tracks have been issued a single over the last year or so  – but that doesn’t make the album any less worthwhile. It’s wonderfully convenient to have all this quality in one package and as a whole unit it underlines the legacy of Philadelphia International and the consummate craft of Teddy Douglas.