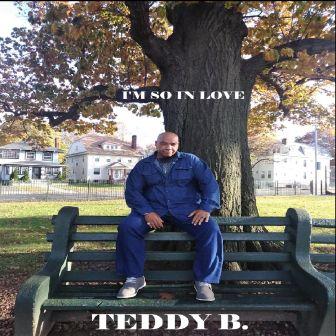 American soul singer TEDDY B has had a varied career. He started work in a version of Frankie Lymon’s Teenagers before joining groups Second Verse and Platinum Soul and with the latter band he’s shared the stage with people like Marvin Gaye, Nancy Wilson, Larry Graham, Gloria Gaynor, Little Anthony, The Delfonics, The Main Ingredient, The Manhattan Transfer and Kool and the Gang.

Right now though, Teddy is trying his hand as a solo singer and he’s just launched his debut single…. ‘I’m So In Love’. The song’s theme is an old one and Teddy boy delivers in a soulfully pleading way and the track is already winning UK soul radio airplay. We’re told that the song is from an upcoming EP with a really positive title….. ‘I’m Not Done”