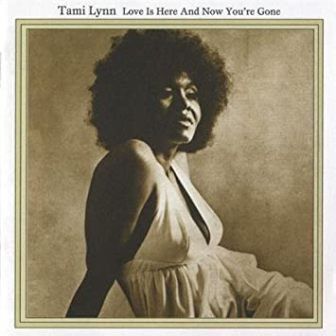 Though few details are forthcoming, US media is reporting the death on 26th June of soul singer TAMI LYNN.

Born Gloria Brown in 1942, Ms Lynn started her career in gospel before joining Alvin “Red” Tyler’s band. She eventually signed a solo deal with AFO Records before switching to Atlantic after Jerry Wexler had seen her perform. He had her record the Bert Berns’ song ‘I’m Gonna Run Away From You’ for the Atco imprint but it was never officially released, till it began to win plays on the UK Northern soul scene where it became something of an anthem. It was then issued in the UK – first on Mojo, then Atlantic – and it became a chart hit. The then editor/owner of Blues and Soul magazine, John Abbey then had Tami record an album, ‘Love Is Here And Now You’re Gone’.

Ms Lynn failed to capitalize on the success of the single and drifted into session work – often working with Dr John. She was also backing vocalist on the Rolling Stones’ ‘Exile On Main Street’ LP.